Altair’s Global Business Director Dr. Luca Frattari, has been invited to participate as a keynote speaker at the 2018 Biocene conference hosted by NASA, Great Lakes Biomimicry, and the Ohio Aerospace Institute in Cleveland, Ohio.

Dr. Luca Frattari will present “The Structural Form” on Friday, August 17 at 9:30am ET. Attendees will learn more about the co-existence of Form and Structure.

In the constructive practice, form and structure are not always integrated and can appear separately; the skin of a building can hide a different inner structure or the style of an object is often independent from its structural system. In many cases the Structural Form is the result of man’s adaptation to special conditions: climatic, historical, economical, cultural.

In nature that definition is adopted by the life forms following the evolutionary principles that rule the development of biological forms. In mostly of life-forms, structure and form tend to be coincident. Branches of trees and skeleton bones have a specific Structural Form which define their function and design. In this sense Structural Form has a natural meaning.

The natural meaning of Structural Form can be adopted in special forms of structural elements, created to build specific architectures. This concept was applied in the past to build architectures based on empirical knowledge and it has been abandoned in the last century to follow abstract forms.

The experiences shown in the present work have demonstrated how structural optimization procedures, like topology optimization, are able to mimic natural processes in defining architectural structures and industrial design objects with an aesthetic added-value that might represent an alternative and attractive vision.

His works have developed an innovative methodology to evaluate concepts with the most advanced technology. The works have been key to discover groundbreaking workflows that integrates CAD, CAE and Computational Design as well as state of the art metal 3D printing. His research has been published and presented in several international conferences, including the World Congress on Structural and Multidisciplinary Optimization, Forbes and Wired.

As Global Director at Altair, Dr. Frattari has global responsibility for the Architecture Engineering and Construction (AEC) industry. He works with global AEC companies and industry experts to ensure that the digital transformation improves design workflow and ROI while attracting and win more projects.

Read more about his features in Forbes and WIRED 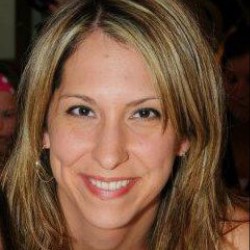 Convergence of Simulation and Data Analytics Will Transform All Industries